"Literacy is not a luxury, it is a right and a responsibility. If our world is to meet the challenges of the 21 Century, we must harness the energy and creativity of all of our citizens". Bill Clinton

Learn about some amazing inventions, discoveries and explorations in Multi-literacies/VR/AR/XR: 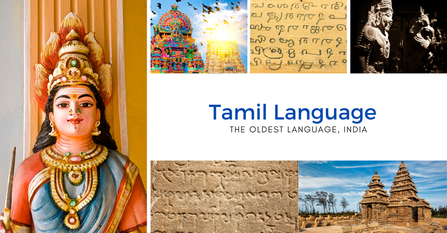 Out of the 6809 languages we have in the world today, not only is Tamil recognized as the oldest language, but, it is also spoken by an awful lot of people, over 100 million in fact...
Being of the Dravidian language family, Tamil developed and took root over 5000 years ago in India and Sri Lanka, spreading across Asia to Singapore and Malaysia too. 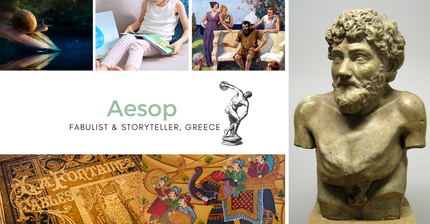 Sometimes when life hands you lemons, you simply have to learn how to make lemonade with what you've been given! Having arrived in Greece by ship from Africa as a slave, Aesop with his deep understanding of the human psyche and wish to teach the world of better ways to live, was a master storyteller who created thousands of educational and captivating stories. 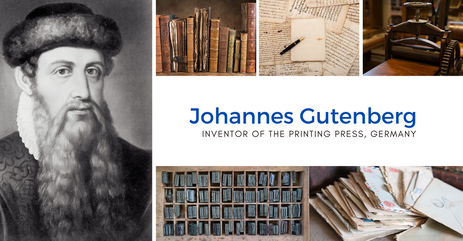 Johannes, by profession goldsmith, was relentlessly entrepreneurial, inquisitive and he was not one to pass up an opportunity to make money come what may. So much so that he, midlife, had to change his name to escape angry debt collectors due to a failed religious scamming project, forcing him to hide and completely start over...oops! But, this all led to his revolutionary and life altering invention: the printing press. 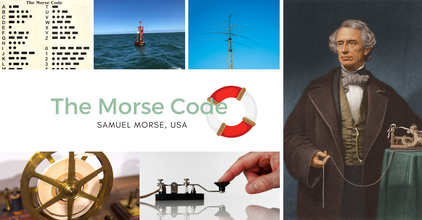 As an established and respected artist one wouldn't blame Samuel Morse if he had chosen to not do much else in life, but, personal tragedy led to him discovering his inventiveness. As the news of his dear wife's illness reached him after days by horse back, not only had she passed away once he reached her, but she was buried too. His deep grief propelled him to develop a faster way of reliable communicational language. 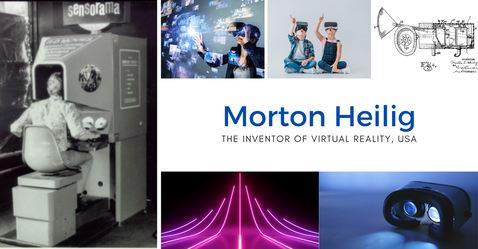 Enthusiastic cinema goer and cinematographer Morton Heilig felt that there had to be more to simply watching a movie whilst sitting in your seat. He wanted to create a way of really and truly immerse yourself in the experience, to be "in it" so to speak. His development of how to create an immersive sphere (3D) and his visual invention the "Sensorama" marked the exciting beginning of VR. 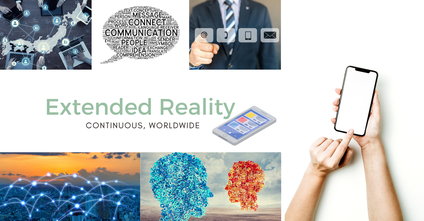 Extended Reality​ (XR) is a very far-reaching, inclusive and flexible term of the possibility for us humans to explore the digital world in an as immersive way as possible. It strives to create an experience which allows us to use all of our senses to the fullest and through this, enrich our lives, work, connections and communications. 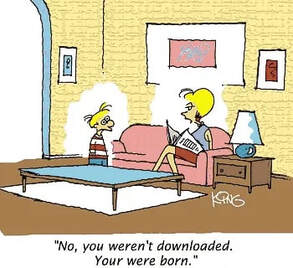 "Between The Pages Of A Book, Is A Beautiful Place To Be."
"Feeling empathy and vibrational connections as you read, feel and digitally link with the world through any literacy medium, is priceless."
A Good book is a good friend. You feel happy and comfortable holding, reading, understanding and connecting with it. Can you write, record, mime or illustrate a story, or collaborate with your friends to do the same? Maybe you would like to be a future, Artificial Intelligence telling us about your life?
Or maybe you have other ideas about literacy or
21 Century literacies?
Design a project around whatever you choose and tell us your story. The Sky Is The Limit!
Send us your work!
​We'd love to upload it on our website for everyone to see.
Contact Us To Submit